The Jobe name is familiar to farmers throughout New Zealand and the world. We specialise in the design and manufacture of innovative float operated valves and related equipment. Our valves are trusted and used in many light industrial applications such as agricultural troughs, evaporative cooling systems and high pressure cleaning equipment.

Although we are a New Zealand company, the majority of our production is proudly exported through distributors in Australia, North America, and the United Kingdom. Our valves are also present throughout Europe, South America, Africa and Asia.

In 1967 our founder, Jim Jobe, was running a business selling and servicing swimming pool filters in Matamata when he discovered the commercial need for a high flow trough valve for use in dairy cattle drinking troughs. Never one to let a commercial opportunity to go, he set about developing the first Jobe Valve and so our story began.

Jim came from humble beginnings, his parents had a small dairy farm in the Kauaeranga Valley near Thames where Jim was born. He lived in the valley until he was 12 when his parents sold the farm and moved to Hamilton. After finishing his schooling, Jim went to work for Mac Ewan’s Machinery in Hamilton. Under the watchful eye of his mentor Keith Fisher, Jim learned his trade. Then, after 21 years with Mac Ewan’s, Jim left to set up business in Matamata.

50 years on the company is still family owned and is now operated by the founder’s sons David and Robin.

Jobe Valves were originally developed as high flow valves for use in drinking water troughs on dairy farms. While still mainly used in agriculture, Jobe valves can be found in many light industrial and process situations such as evaporative cooling systems and high pressure cleaning equipment.

Although New Zealand remains a significant market, the majority of Jobe Valves production is exported.The product is marketed through distributors in Australia, North America, and the United Kingdom. The product is also present in Europe, South America, Africa and Asia where markets are still being explored. 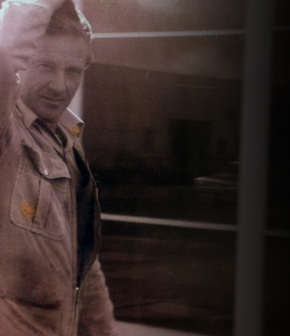 Give us a call, we're happy to answer your questions